So often, we forget that many of the small towns outside of the big cities had, at one time, fascinating histories of their own. Our first visit will be to the town of New Waverly.
This historic site was originally called just Waverly and was founded by Polish people who built a magnificent painted church as good as any in Schulenburg. Considered the "Ellis Island" of people from Poland, we'll begin with a visit to the Gibbs-Powell House where there is an entire exhibit on the history and founding of the town of Waverly. Then we'll load up in the Joye Mobile and head for New Waverly where you will be treated to an entertaining lunch at Murski's.  We'll spend the afternoon cruising both Old and New Waverly with interesting stories from local guides. 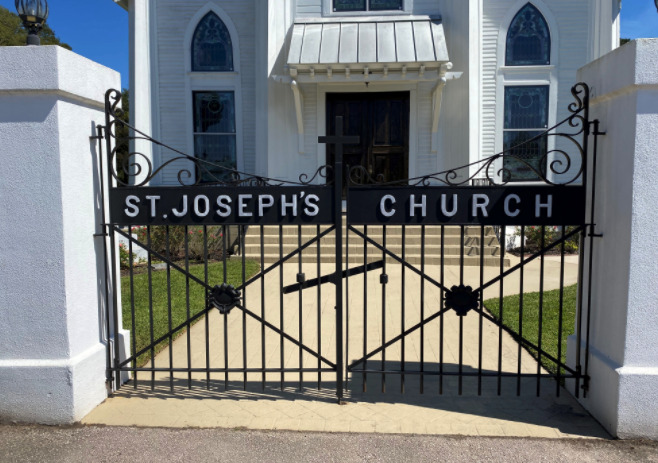 We are off on December 2 for a ten day tour of the Copper Canyon with feasting at the beautiful Central Hotel Boutique, and the Mirador Hotel overlooking the canyons. This is a ten-day tour that includes everything from a fascinating train trip into the Copper Canyon, a flight across to Baja, and a chance to see whales in the Sea of Cortez.

Historic Tours of Texas is here to ease your holiday strain, give the gift of travel to that special someone. Give the gift they will remember. Wine tours, historic tours and special custom tours.

Multiple Day tours are a chance to spend time getting to know some of the wonderful historic sites in Texas, Mexico and Spain.

There are eight wineries close enough to fit three of them into an all-day tour and to include a delicious lunch as well, all included in the price of your tour.

We forget that many of our neighboring small towns have fascinating histories of their own. Join us for a relaxing lunch and tour to a different town each Friday.

BOOK NOW! Copper Canyon to Cabo - Get your deposit in quickly to hold your seat on the Copper Canyon train. Don't miss the whale watching, the 300 year-old mission and silver mines.

You said that someday you would visit the best-loved destinations in Texas. Now is your chance! Easy registration and cancellation.

Thank you! Your submission has been received!
Oops! Something went wrong while submitting the form.